March 7 can not come soon enough. As the clock ticks away to that fateful day, we are more eager than ever to get our hands on a fully working iPad 3.    Photo’s of  the Yerba Buena center, where Apple’s iPad 3 media event will be hosted, show a stylized color splash with a white Apple logo in the middle.  One can look into this logo all they want and come away with many different ideas on what exactly it means.  Looking at the  banner image and attempting to draw conclusions from it is pure speculation, but fun nonetheless.  What does this image imply?

Well for one, the banner image is not an iPad 3. Despite Apple’s invitations to the event showing a purported image of an iPad 3, we see nothing of that device on this banner. Does this imply that the event will not solely focus on the iPad 3?  Will Apple focus on OS X Mountain Lion and its features as well?  Will the new iPad run a version of Mountain Lion?  As you can see, the possibilites are endless leaving Apple fanboys plenty of time to dream.

In any case, iResQ is fully prepared to take on whatever comes our way.  Just as we brought you our premier iPad and iPad 2 repair services, we will bring you the world’s most trusted iPad 3 repair services.

A famous Beatle once stated, “all things must pass”. There comes a time when great things must settle down and move on. That time has come for one of the most successful computer models in history…the MacBook (not to be confused with the MacBook Pro). Yes. Today marks the official day when the MacBook has been discontinued. Farewell my old friend.

Now, the cheapest Mac notebook on the market is the amazing MacBook Air. Obviously, Apple see’s the MacBook Air as the future of their notebook line. The MacBook Air is truly a technical achievement, and starting at $999, it is more affordable than ever. Despite its current shortcomings (limited HD space, no optical drive…), the MacBook Air is a marvel. Oh yeah, HELLO THUNDERBOLT!!  If you don’t know what Thunderbolt is, read this article from Gizmodo.

Still, to me, nothing can replace the simplicity and convenience of the old MacBook…except the 13.3″ MacBook Pro 🙂

At the time of its release, the MacBook was, quite simply, a revolution not only for Apple, but for the notebook industry.  Let’s face it, Mac OS X was awesome with a PPC processer, but with the Intel processor, the darn thing just soared.  My old MacBook (purchased in 2007) still runs circles around some of my friend’s newer Windows based computers.  The only flaw that I truly felt with my MacBook was the fact that its integrated video card was not that great.  Sure, not being able to play Portal on my MacBook sucked, but that’s what I have an Xbox for.

Let’s not be sad of that fact that the MacBook will no longer be around, let us all celebrate it.  Here is to looking to the future…

iResQ 10% Coupon / Discount for a Great Cause — EXPIRED

I am really excited to offer this opportunity to our customers. What’s the catch? Well, there isn’t really one. If there is one, it might be that you’ll have to put in an extra minute of work to get a discount. When it comes down to it, however, you will be helping to make a difference in the fight to prevent and cure diabetes and to improve the lives of all people affected by diabetes.

Here’s how to get the discount, and then I’ll give details after for those interested:

Before you ask, yes the donation is tax deductible to my knowledge. If you want to make a bigger donation than $5, that would be amazing, but I can only give you a 10% discount.

This is a great deal for you! Let’s say you have a 15″ MacBook pro (Aluminum) with a broken screen. Our price for that repair is $299. By donating $5 or more, you will get a $29.90 refund back on your credit card. Most importantly, you will be helping the the 25 million Americans affected by diabetes and over 79 million at risk for developing diabetes. 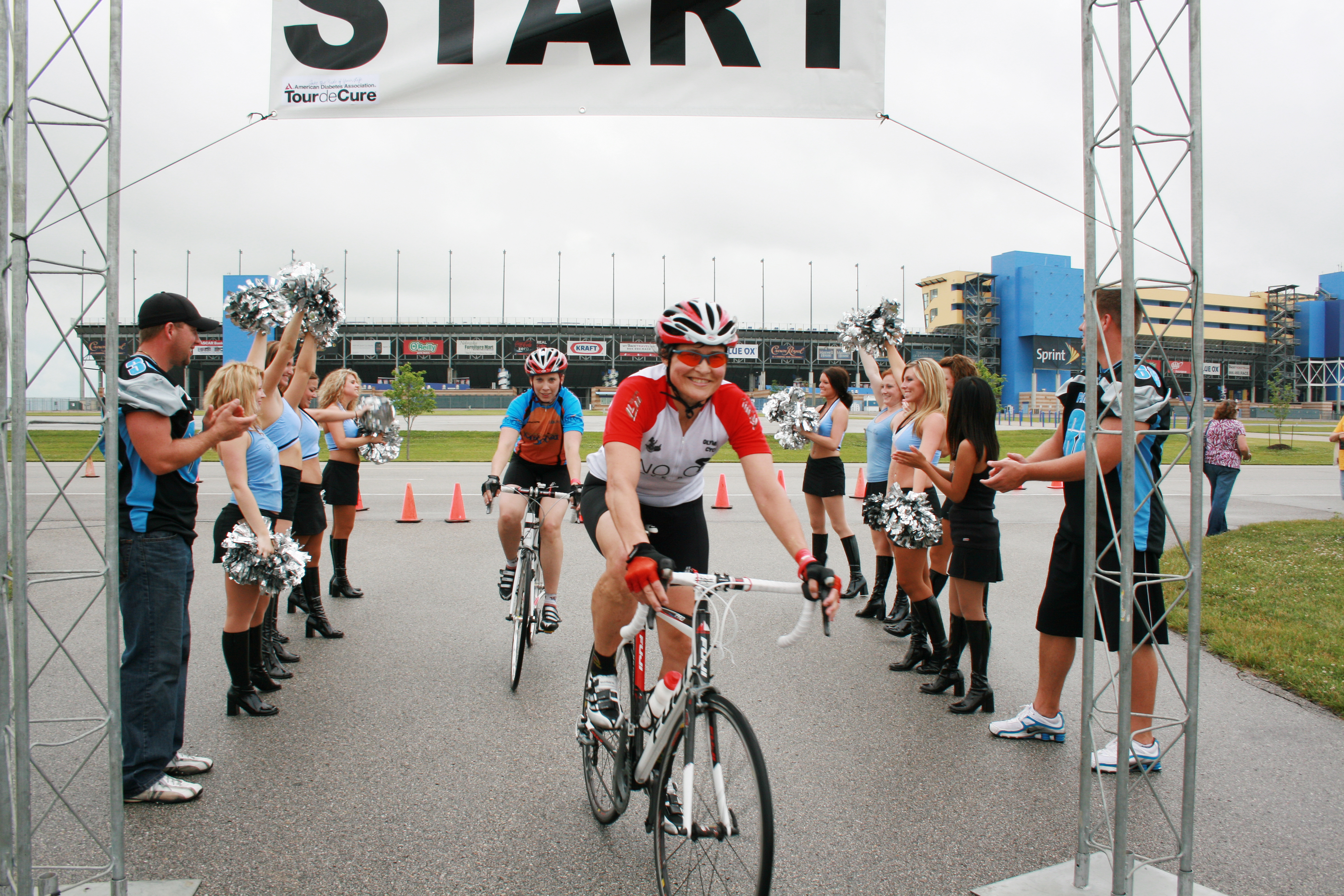 We care at iResQ. We have folks on our staff (including owner) who have diabetes. I personally have several family members that are affected or were affected.

You can find details about the Tour-de-Cure program from their website: http://tour.diabetes.org/

My friend Aaron is of course taking part in the Kansas City ride, where he will bike 60 miles.

Here's a map of his route.

I encourage anyone interested in the program to check out the site (linked above) and donate or participate.

Back to work! On a side note, we’ve been seeing tons of broken iPad 2’s. Everyone be careful with those things, but know that we’re here to repair your iPad 2 if you need us.

Thanks and until next time,

Hello out there and Happy March Madness everyone!! It’s been a tumultuous first couple of days within the NCAA tournament. I hope your bracket picks included some upsets…who picked Lousville to lose in the first round? Anyhow, we did something pretty unique with one of our iPad 2 Digitizer Replacements per a customer’s request. Here’s the story. A customer went to the store on the iPad 2’s launch day to purchase a black iPad 2. Well, the store was out of black iPads so the customer “settled” with a white one. Not too long afterward. the customer dropped and cracked the iPad (see the “Before” picture). Once we received the unit, we were told by the customer to go ahead and install a black digitizer on the iPad and leave the white home button on. We were pretty surprised at how nice the iPad 2 looked after the repair. Just take a gander below. If you find yourself in the same predicament as the aforementioned customer, or if you have a white iPad 2 and are looking for something a little different with your brand new iPad, we can certainly accomodate. Just place an order for an iPad 2 Digitizer replacement from our iPad repair page, and fill in the form during the checkout process that you would like a black digitizer installed while keeping the white home button. Or, if you have a cracked white digitizer and just want to get it replaced with another, we can do that too!

After, with the white home button.

Well, lets keep this short and sweet. Good luck with your tournament pics!

Somehow, I forgot to include this article in my last blog post. Matt Hickey, who is now a dear friend of ours, posted about us back in December when we repaired his iPad.

You can check out the blog article here: Forget DIY repair. Sometimes, you need the pros

SIDE NOTE: I really enjoy that CNet tech blog and Matt’s contributions; maybe you will like it too.

Here’s what his iPad looked like before we got ahold of it (Thanks Matt for the pics):

Matt's iPad from the back

In other news, we’re gearing up for a big March, and the iPad 2 launch which is rumored to take place next week. We’ve all seen the rumors… 3G on every model and the front and rear facing cameras seem to be the popular theory. Also, with a little less fanfare, new MacBook Pros are rumored for next week. Stay tuned, and let’s get that Apple stock back up! It’s been dropping over the last few days.

*Information on our 24-hour policy is located in our FAQ section.

iResQ is not affiliated with Apple Inc., and is an independent service and repair entity. All Apple logos used on this site are a trademark of Apple Inc..

Android is a trademark of Google Inc.. The Android robot is reproduced or modified from work created and shared by Google and used according to terms described in the Creative Commons 3.0 Attribution License.